Ever found creative freedom's not as good as it's cracked up to be? Tired of having to come up with your own ideas? Would you prefer for your writing to be ruled by random phrases and concepts dreamed up by a random word generator I've found online?

The Wacko Bunkum Procedural ClashTM is a venture into this perplexing possibility, where you abandon your independence as a writer to see what wondrous or downright poxy ideas fate will force you to write with. Yes, I am pleased to introduce you to a roleplay that discards the traditional rules of the Dimensional Clash in favour of character/location/plot ideas based on verbs, nouns and adjectives that are plucked blindly from the English dictionary.
The Rules of the Game
1. Do unto your fellow man/woman as you would do unto yourself (unless you're masochistic, in that case please just be as polite as possible)
2. Don't drink glass
3. Drink water
4. Don't make characters too powerful
5. Try not to do anything unclean like take control of another persons' character(s)
6. I can't think of any more rules
7. Don't violate the rules or you'll get sent to the gulags

How the Game Actually Works
To begin with, a location is generated based on a verb, noun and adjective, as-well as a fantasy map generator. Players can apply but must not create any sheets yet, before the game actually starts.

Whenever you are given a character description, you have the choice to create a character based on it now or later or to discard the description entirely.

Periodically, a rotation will occur where players are each given one character description to create another character if they wish to go through with it, and a plot event occurs that is also based on a randomised verb/noun/adjective description. When enough time has passed, the location will also be reset and come under a new description/map generation.

That's about it. Try not to lose your virginity.

Location Sheet Thing that only I'll Ever Use

Character Give Thing that only I'll Ever Use

Relationship Advice:
Do you need relationship advice? well if yes then follow this advice will make her/him fall in love with you again. The advice is never call your partner honey, babe, or baby. first lets start with honey. when you call your relationship partner honey you are calling them clingy and sticky. now that we have honey out of the way let me explain why babe and baby are bad. When you call your relationship partner babe or baby your calling them weak and cry head. alright that is the end of the relationship advice[/code]
I Guess Three Quarters of This is Useless to Anybody who Isn't Me, Oh Well, Fancy a Vodka? 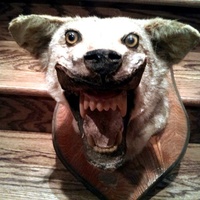 Description: Mount Notion is a prohibiting annoying stomach of an island.

The Kingdom of Kutatia is a sauntering crabby airplane of a kingdom.

The Principality of Alamaha is a resetting disagreeable distribution of a principality.

The Osmarian Empire is an inspecting outstanding morning of an empire.

The Principality of Uvivik is a rotting long-term wine of a principality.

Aight I might give this a try. Free thought is useless anyways. 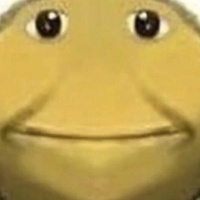