So I decided that we may as well get this finished up.

With a bit of a timeskip since I forgot exactly where we left off other than that we were in the war against darkness arc and that Sindri was doing his thing.

But the more important thing is the recap as this is probably the Ur-Dimensional Clash in that it's the one that gave rise to the plots of the others while the four before it were self contained.

The Chaos Gods, at the behest of Tzeentch and with the powers of Khorne, have enacted a great and sinister plot to expand the dominion of the warp to all realities and bring all under the madness and death of the negative emotions that empower Chaos. Slaanesh's Desire, Tzeentch's ambition, Nurgle's despair, Khorne's rage, Neocho's doubt, Oregala's zeal, Zuvassin's cravenness, and Ariasha's envy will all work in concert to bring about the doom of all things.

But as of yet, the Gods of Chaos work through pawns and cat's paws, sowing strife and confusion among the omniverse that they feed off of, growing more powerful as repeated conflict inflicts grievous harm to all realities. First they worked through Count Bleck, empowering the Chaos heart to threaten not just Mario's multiverse, but all realities to feed off of Count Bleck's grief and despair and Dimentio's own lust for power. But Count Bleck found redemption, and Dimentio found death at the end of their scheme and a war across eight realities, leaving the next being to taken up the mantle of the leader of the Destroyers; those chosen as unwitting (or witting) pawns for Chaos as Dark Samus.

Dark Samus came perilously close to victory; having taken the step of corrupting the Champions and their allies and leaving them unconscious for a month while she spread the corruption of Phaaze; a shard of the broken blue sun, across the omniverse. She created dark and corrupted shadows and echoes of the champions to serve as her most elite of servants and imbued many powerful beings with enhanced abilities through Phazon corruption, and only at the cusp of her victory was she and her minions confronted and defeated at Phaaze, though the former Metroid Prime refused to accept death despite suffering blows that should have put her into the grave many times over. But her scheme came undone, and the Blue Sun was rebuilt as a whole once again, eliminating the need for phazon corruption to rebuild the reality sized star.

But this was all part of the plan for the next master of the destroyers; Nemesis Prime, a predecessor to Champion leader Optimus Prime who was thought lost for millions of years. But it turned out that the missing Prime had actually become a servant of the Dead Xenoverse, having taken the heart of darkness; the focal point of its undead power unto himself. Wielding immense dark and necrotic powers, the sinister robot engaged in a two fold plan meant to take over all realities. His first plan was rather simpler, taking a number of worlds from their natural orbits to prepare them for unleashing a great negabomb that would instantly plunge the omniverse into the dead xenoverse. He had even made sure to kill Optimus Prime at the first chance he had to eliminate the Prime's threat to him and lead them to Sentinel Prime; one of his successors and a sleeper agent for his plan, and this venerable prime would betray the champions in their darkest hour as they looked for new leadership.

However, Optimus Prime was restored to life and Nemesis Prime was forced to switch to his secondary plan. Using his power to pluck many more worlds into new orbits to form celestial components for a great machine that would draw energy from each of the great suns, Nemesis Prime sought to rebuild Cybertron from oblivion while using the surplus power of the great suns to feed the dead xenoverse until all would be under his domain. However, the Champions, with a new set of vast empowerments at the ready, rallied to confront Nemesis Prime, fighting their way to his stronghold on the planet derse where his great sun darkener operated. Here, the final battle took place as Derse was stormed and both Sentinel and Nemesis Prime met their ends.

To prevent the Heart of Darkness from binding with him, Optimus offered the Heart of Darkness to the Dead Xenoverse version of Galvatron, who desired it and had even briefly allied with Optimus to take it from Nemesis; and knowing full well of Galvatron's evil intentions, threw him into the stored great sun energy to incinerate galvatron. However, the Heart of Darkness survived, and was called by a new master to serve its cause. This being, was the Supreme Emperor Ing, the overlord of all dark worlds; shadowy and twisted mirrors of "normal" universes. Using the power of the heart of darkness, the Supreme Emperor Ing plunged all realities into an endless night so that its light hating children would not have a dawn to fear, and thus launched the latest and deadliest attack on the omniverse.

However, before the Champions can even think of confronting the hugely powerful Supreme Emperor Ing, whose power is with few peers in the whole of the Omniverse, they must first deal with the sinister machinations of the Chaos Sorcerer Sindri Myr. Already having used the Condesce as a pawn and seemingly taking Lord English and Unicron's forces out of the Dark Alliance for the time being (though Megatron's decepticons remain loyal to the Dark Alliance cause for the time being); and having expended that pawn who was felled by Percy Jackson, Sindri continues his sinister plot for purposes unknown. All that can be surmised is that the honey voiced sorcerer means nothing but ill for the champions, and after having left the Lich Xykon to die for his schemes, seems to turn to Gaia, Megatron, Jack Noir, and others for his next set of "allies" in the Destroyers as he leads the champions on a goose chase to free the Persian god of light and justice; Ahura Mazda.

This is the war of destruction against creation; light against darkness; order against chaos.  It was perhaps the most devastating of the dimensional clashes, and in its wake changed the face of reality forever.  Now; the light has been snuffed out and been replaced by the night, and it will take all the cunning and all the courage of the heroes of the omniverse to restore it. 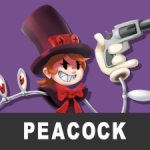 I asked some of the other folks, though I don't know if Rix knows that DCV moved over here.

We probably should tell him about that.

Ugh sorry for the absence, my internet was inoperable for a while and I only just got it back.

Tyrannolodon wrote:Ugh sorry for the absence, my internet was inoperable for a while and I only just got it back.

Tyrannolodon wrote:Ugh sorry for the absence, my internet was inoperable for a while and I only just got it back.

It's fine, though the Sporum did go through a significant period of drama.